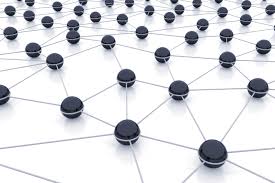 Building on the steady growth seen through the previous six months, the Lightning Network has exploded in popularity come August.  In order to function, the network requires that operating nodes maintain a balance of BTC to facilitate transactions.  Upon main-net launch in early 2018, this amounted to a cumulative 4 BTC.  Fast forward to August, and the network now approaches 100 BTC.  This represents an 85% growth over the past month alone.

This jump in network capacity is the result of an increasing number of nodes coming online.  Recent figures point to over 3000 active nodes comprising the network at this time.

Although there are those that have played the role of devil’s advocate, and those that simply do not believe in the Lightning Network, recent performance is proving them wrong.  Many will point to possible centralization and an inability to transfer large sums as issues with the network.  At this point, those detractors are absolutely right – they won’t be forever though.  With the rate of growth seen, the network will continue to create new pathways between nodes, increasing decentralization.  In addition to this, as more pathways are created, the likelihood of a transaction reaching a dead-end will greatly diminish.

Those that are pro-lightning are plentiful as well.  In recent weeks we have seen multiple positive developments regarding the network.

In addition to these headlines, it is important to note the possibility of the Lightning Network to bring passive income to node operators.  With traditional mining becoming less lucrative by the day, those holding BTC already may turn to the Lightning Network.  By opening and maintaining an active node, funded with money, the operator of said node will receive BTC payments for each transaction he/she re-routes.

As of right now, due to the infancy of the network, the amount of transactions being completed is small.  For the time being this leads to the cost of a node exceeding the return seen.  An example of this was documented by Andreas Brekken.  Acting as the CEO of Shitcoin.com, Brekken recently shared the following regarding his own active node, stating, “The node has routed 260 payments for other users, averaging a profit of $0.0012 USD per transaction.  I doubt that this will cover the costs of running the node, but leave the node running for now.”

As the network develops and adoption continues, the rate of expansion will only increase.  This will bring increased functionality with it, attracting even more people to use the network.  This self-sustaining cycle should result in exponential growth until market saturation in the years to come.  With atomic swaps possible, and the Lightning Network coming online for multiple blockchain projects, payment solutions in the future are looking brighter than ever.

Lightning Network Experienced 85% Growth in July – But Why?

FileBazaar : Lightning Apps are Upon US

Tag the Lightning Network Board and Experience the...