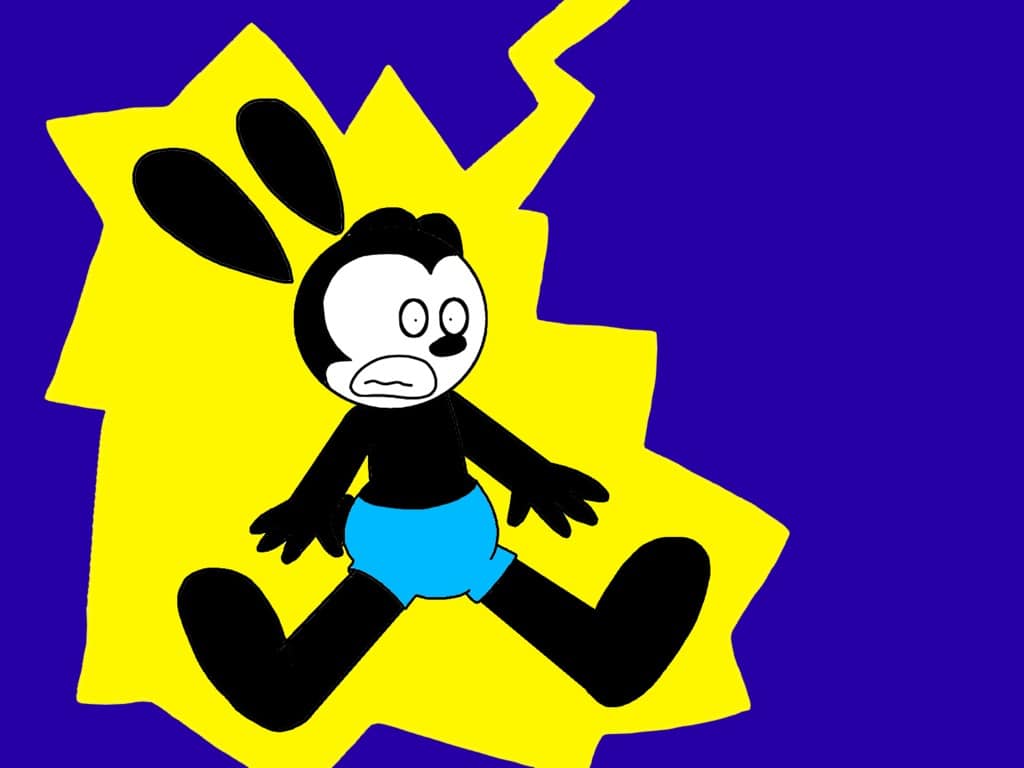 The Taiwanese smartphone manufacturer HTC announced this week that their highly-anticipated crypto-phone will now include Lightning Network support. The HTC exodus will be among the first blockchain smartphones to enter the market. Not surprisingly, the project has been followed closely by the cryptocommunity. Many of whom see blockchain phones as a necessary step towards large sale cryptocurrency adoption. 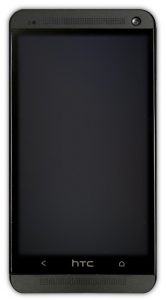 The project now appears to be in its final stages with the phone slated for release in Q3 2018. The HTC Exodus will be unlike any other phone on the market with built-in cold storage capabilities. The built-in hardware wallet supports Bitcoin, Ethereum, Litecoin, and, now, Lightning Network payments.

Both Litecoin and Bitcoin can utilize Lightning Network technology to open private payment portals directly from the device. These off-chain payment portals allow unlimited transactions without adding congestion to the blockchain. The blockchain receives the payment records upon the closing of the portal. Ethereum utilizes a second layer protocol known as Raiden to accomplish similar tasks.

The HTC Exodus team received a huge nod approval from the crypto community after adding Charlie Lee this week. Charlie Lee is the founder of Litecoin and a strong supporter of the Lightning Network. The recognized crypto star didn’t waste time promoting this revolutionary product. Charlie Tweeted his excitement regarding the inclusion of LTC and the Lightning Network. 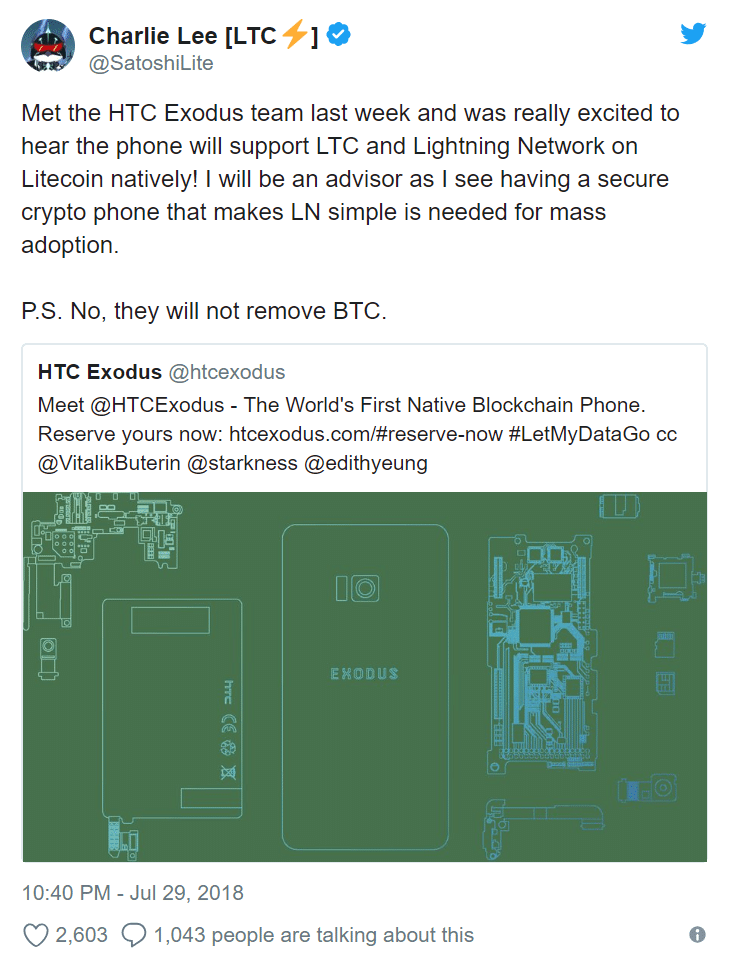 Few concrete details are public about the phone. The unit comes equipped with the Ethereum game CryptoKitties installed and will allow users to connect directly to the blockchain network with the device. In an interview with The Verge, HTC Crypto Officer, Phil Chen, stated that the phone would cost around USD 1000. This price tag places it in the same price range of its nearest competitor, the Sirin Labs Finney. Both phones are designed to bring more functionality to decentralized app providers.

Each HTC Exodus functions as a self-standing node on the BTC and ETH blockchain. This strategy, in of itself, should push both networks’ node counts up, significantly. If the project becomes a huge success, this boost in nodes will help to decentralize the crypto space even further. The phone’s development team hope to encompass the entire blockchain community with their project in the future.

Also, HTC exodus phone users can utilize blockchain identification protocols. Blockchain digital IDs could revolutionize the economy by allowing true digitization of sensitive documentation. Users will be able to store their identification on their device rather than on online platforms.

HTC officials have not released any specific data regarding the phone’s hardware specs such as the type of processor, ram, and storage. You would expect the phone to be a powerhouse when you consider the $1000 price tag. For now, the internet is ripe with rumors concerning the phone’s details such as screen size. Interested in getting an HTC Exodus? You can reserve your blockchain phone here.

What do you guys think? Is the HTC exodus the start of the blockchain cellular revolution? Let us know in the comments below.

Bakkt platform to function as a second-layer protocol