A Look at the Lightning Network Eltoo Protocol

The Eltoo protocol was designed to improve on the Lighting Network’s current punishment functionality.  Basically, if a Lightning Network transaction shows that one party is attempting to submit a past balance as current, that party automatically loses those funds to the other party in the transaction.  This was necessary to prevent scammers from attempting to bog down the network with false transaction information. 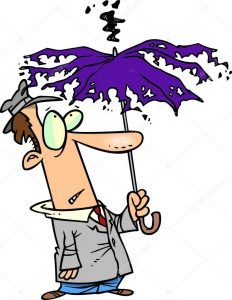 The problem with this punishment structure is that in some cases, old transaction data can be presented within the payment channel by accident.  When this occurs it automatically kicks the channel into the LN punishment protocol.  While this could be an annoyance for users it is a huge issue for LApp developers.

Why Eltoo is Important

Once the transactions have been completed, the Lightning Network payment channel is closed and the relevant data is supplied to the BTC blockchain.  If there is a discrepancy the Eltoo protocol automatically completes the transaction based on the last input.

Eltoo eliminates the need for these midterm transaction verifications and instead pins the final transaction to the contract creation to verify the validity of the transaction.  This provides users with a more streamlined experience with less need to send data to the Bitcoin blockchain.

The Eltoo protocol is gaining steam among LN advocates.  To institute Eltoo, it will be required to add the SIGHASH flag and SIGHASH_NOINPUT to the Bitcoin protocol.  These codes would allow any transaction to bind to any other transaction with a matching script.

We may not be too far from seeing this exciting new protocol instituted but it will take a consensus from the BTC community as it would require the BTC blockchain to soft fork.  The LN network continues to see improvement and the Eltoo protocol is just one major step in restoring BTC to its previous glory.  Hopefully, the team behind the Eltoo protocol is successful in swaying the community into the soft fork as there are many advantages that can be had through implementing this protocol.

What do you guys think?  Is the LN going to get even faster thanks to Eltoo?  Let us know in the comments below.

Microsoft Looking Towards the Lightning Network for New Identification Platform

Microsoft Looking Towards the Lightning Network for New...

Pokétoshi and The Lightning Network