The Strike API was previously only available on the Bitcoin Testnet but this week saw the project unveiled on the Bitcoin Mainnet with great success.  Many businesses want to accept Bitcoin payments but due to scalability issues, this can be difficult to do.  The volatility and transaction delays experienced can result in serious losses. 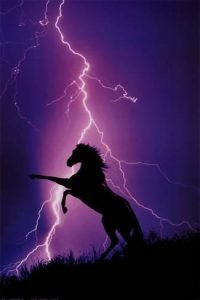 Strike charges a minuscule 1% fee for their service which is far less than PayPal or other fiat-based merchant processors require.  There is also the standard withdrawal fee of 0.0005 BTC.  This is the same withdrawal fee structure found at popular exchanges such as Binance.

So Is Strike a Third-Party?

Yes, the Strike platform is a trusted third-party which has caused some concern for individuals in the cryptocommunity who feel that a continued centralization of the market is occurring and must be stopped.  In response to this, Strike developers have set up a minimum payment threshold that which basically allows merchants to set the level in which their account must reach before there crypto is automatically sent to their wallet.  The platform itself allows this level to be set as low as just .1 BTC.

The Strike system allows merchants and their clients to avoid on-chain fees.  These fees can vary widely and this can significantly lower vendor’s overall crypto earnings.  Strike provides a layer of protection against these unpredictable costs associated with BTC’s scalability concerns.

Strike is no stranger to the crypto merchant processing sector and this latest move is sure to position their company perfectly for large-scale Lightning Network adoption.  Bitcoin users want a return to the days of near-zero fees and instant transactions.  The Lightning Network is able to provide solutions to these demands and as this technology develops further, there will be even more functionality given to the world original cryptocurrency.

What do you guys think?  Do you want to accept Lightning Network payments without any risks?  Let us know in the comments below.

The Importance of Layer 2 Protocols in the Cryptomarket

A Look at 2019 Lightning Network Developments

On-chain vs Off chain. A War of Words.