Multiple companies are working with fervor to develop Lightning Network software.  In a blog post recently released, Lightning Ramp has announced a partnership with Casa.  This partnership was formed with the intention of bringing the Lightning to large exchanges.

From both an ideological, and security perspective, centralized exchanges are poor custodians of wealth.  Founded by Jeremy Welch in 2017, the project was undertaken to give power back to token/coin owners.

With an increasing amount of wealth being funneled into the industry, theft is as rampant as ever.  Casa is a platform designed to function as a self-run bank.  By utilizing multi-sig technology, Casa provides services to protect your wealth.

Founded in early 2018, Lightning Ramp was developed with one main goal – to help develop a global currency.  Believing that Bitcoin has the best chance at achieving this, the team behind the project set out to connect the big exchanges with the Lightning Network.  Initial development was spearheaded by a trio with a shared vision:

As described on their website, it is a simple three step process that makes this possible.

In an effort to overcome certain barriers in activating the Lightning Network, the duo are deploying a plug-and-play Lightning Node.  This partnership is beneficial, as Lightning Ramp is able to draw upon the experience Casa provides when dealing with key management.

This CasaLightningNode is all that is needed to bring Lightning Network functionality to a home or office.  Being plug-and-play, they come pre-synced with the Bitcoin blockchain, which allows for the immediate ability to send/receive payments. 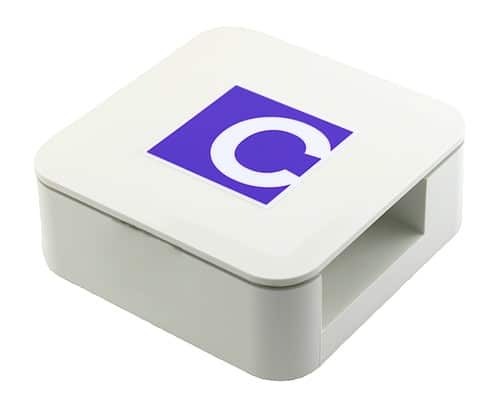 The Casa Node is a discreet unit, bringing seamless access to the LN

Aligning with the mission of bringing control and security to investor’s funds, these nodes run independently.  They do not rely upon Casa servers to remain functional.  In an interview with Bitcoin Magazine, Jameson Lopp of Casa stated, “It will ultimately be a part of a suite of products, and vault users will be able to leverage the full node running on this device to verify their wallet transactions and balances without trusting Casa.”

Being sold for $300, Casa has already seen these nodes sell out in quick fashion. For their first run, the duo manufactured 100 of these devices.  Both this and the second batch are already sold out.  A third batch is expected to be released in December of 2018.

Those that have existing memberships with Casa do not need to purchase a node, as they receive one for simply subscribing.