The decision showcases the advancements Bitrefill’s Thor Lighting service has made over the last year. The company has diligently pushed Lightning Network adoption forward via these innovative concepts. Thanks to this latest maneuver, Coinbase users can become familiar with the advantages of using the Lighting Network.

Send and Receive Payments via Recharge 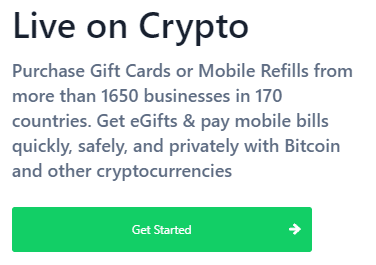 Bitrefill maintains these channels for as long as there is payment activity ongoing. When a channel doesn’t see activity for more than thirty days, it‘s automatically closed. Also, the firm offers an even faster alternative called Turbo Channels.

Turbo Channels differ from traditional channels in that they are pre-loaded with spendable Bitcoin. This saves you the time of topping-off a channel to start a transaction. Traditionally, Lightning Network channels require a user to load the channel with enough Bitcoin to cover the total amount of transactions occurring.

Bitrefill just simplified this procedure considerably with their API. This strategy falls in line with a shift in the overall development of the Lightning Network since the start of the year. Now, developers focus heavily on the UX, rather than just the stability and functionalities of the network.

This change in development occurred as the Lightning Network is now more stable than ever. A recent report places the network’s capacity at just over $11 million. This trend is set to expand as the network continues to see further integration across the market.

Coinbase is the largest exchange in North America. Consequently, this integration is seen by many as a major step forward towards large scale Lightning Network adoption. Currently, Coinbase operates in 190 countries globally and has over 11.7 active users globally.

Bitrefill entered the market in 2014 with the goal of providing Bitcoin users with access to major cellular retailers. The company first provided users the ability to top-off their prepaid mobile accounts using Bitcoin. From there, the firm expanded into gift cards. Basically, you can shop at any of your favorite retailers including Amazon with Bitcoin, via this platform.

How the Lightning Network is Driving Bitcoin Adoption