Sparkswap announced the release of their highly anticipated Beta exchange this week. This revolutionary exchange is the first in the market to be built directly upon the Lightning Network. This design enables Sparkswap users a myriad of unique features.

Sparkswap solves many of the oldest problems in cryptocurrency including centralization and fund delay concerns. The Sparkswap exchange accomplishes these tasks in a unique manner. The platform never handles your crypto.

By utilizing a second layer smart contract, the Sparkswap exchange enables users to trade Bitcoin for other cryptocurrencies, in seconds, without the need to transfer coins to the exchange’s wallet. This strategy has the potential to eliminate large scale exchange hacks forever. 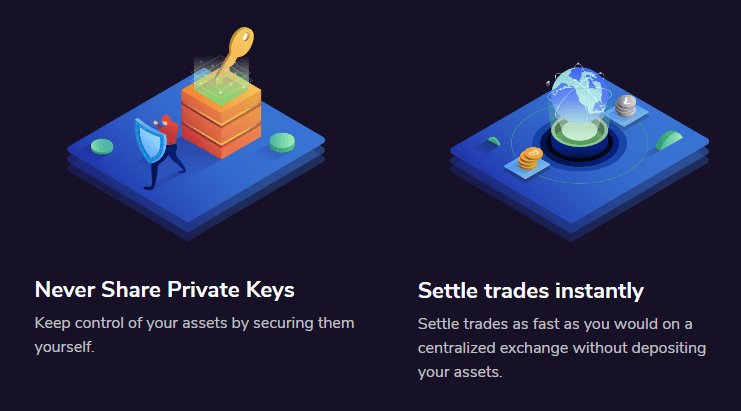 Cryptocurrency exchange hacks are on the rise. There was $1.1 billion in crypto stolen last years alone. Not surprisingly, the number of hacks increases along with the growth of larger exchanges.

Perhaps one of Sparkswap’s most interesting characteristics is its ability to trade cross-blockchain. The platform utilizes the Lightning Networks as a second layer to enable this function. The recently released Beta version only allows BTC/LTC trading pairs. Developers plan to expand the selection as the Beta testing period continues.

When trading crypto, seconds count. When the market is active, an hour delay can mean the difference between profits and losses. Sparkswap users gain the advantage of worrying about asset distribution delays.

Users’ funds remain in their wallets up until the moment of exchange. Additionally, the exchange process completes in seconds. This method is much faster than waiting for a traditional crypto exchange to send you your coins to their custodial wallet. At which point, you must send the coins to your personal wallet.

Is the Lightning Network Ready

Interestingly enough, the Lightning Network itself is still in its Beta testing stages. Speaking on the fact that Sparkswap is built on an ever-evolving Lightning Network, Trey Griffith, Sparkswap’s CEO, explained that as a precautionary measure, the recommended channel limits are still in place.

Up until now, exchanges were only capable of solving two of these issues. Sparkswap traders gain the ability to react instantly to current market conditions with confidence.

To use the Sparkswap exchange you will need to install the platform on your PC. The installation requires 3GB of memory, 250 GB for MainNet, and a CPU. In its current Bet stage, you will need the 250 GB to operate a full Bitcoin and Lightning Network node.

As the first exchange developed on the Lightning Network, Sparkswap’s is position in the market is critical. The services and security provided by this concept are too much to overlook. The cryptocommunity is in need of non-custodial exchanges. Now, there is an option.

Related Topics:crypto exchangenon-custodialSparkSwap
Up Next

The Lightning Torch Ends in Donation to Bitcoin Venezuela